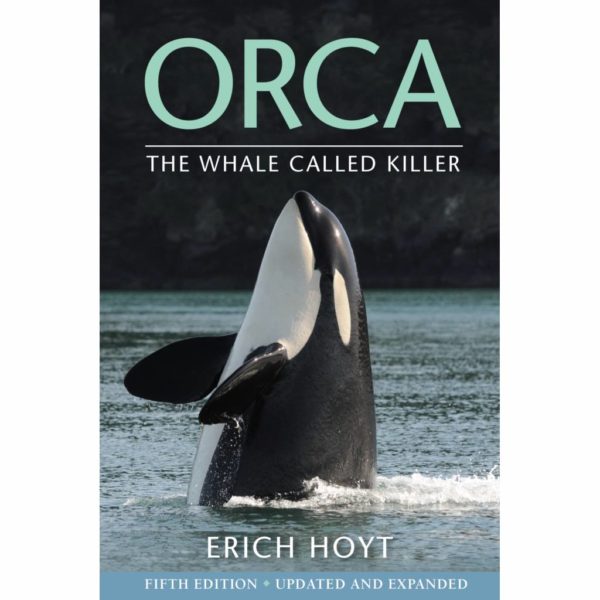 The “classic book on orcas”

“Hoyt’s passionate sense of kinship with orca makes his account effective as both science and literature. He has chronicled his adventures and discoveries…with grace, insight, wit – and a comprehensiveness that might satisfy even Herman Melville.” — Discover, New York

“Years after the first edition, this is by far the best book on orca…informative, enthralling and insightful.” — orcanetwork.org

“One of those rare, genuine books about a wild animal.” — Niko Tinbergen, Nobel Laureate

“There is nothing wildlife needs more urgently than truth, for once people understand, people will act with preserved habitat, protective legislation, the tools of conservation. Erich Hoyt tells the truth about the orca in his fascinating book Orca: The Whale Called Killer. It is in itself a conservation tool. Required reading.” — Roger Caras, ABC-TV News, New York

“An eloquent memoir of seven summers among killer whales that has deservedly remained in print for more than two decades.” — novelist Janice Harayda, readerville.com and JaniceHarayda.com

“A fine record of observations accumulated by patience and cautious persistence…presented somewhat in diary form of the  summers with the whales, and interwoven with facts….The result is a well-compounded blend of close-up nature observation, scientific knowledge, and history. Bonuses are interesting asides on the wildlife, the lumbering, salmon fishing, and the local  flavor of northern Vancouver Island. Hoyt’s theme is preserve killer whales in their natural environment. He makes a good argument for it. — Elizabeth N. Shor, Scripps Institute of Oceanography, in San Diego Union

“An enchanting story of adventure and discovery, one told with style, insight, charm and thoroughness.” — Akron Beacon Journal

“I have never read a better book on whales, partly because Hoyt writes so well … The developing relationship between the whale-watchers and these magnificent mammals makes absorbing reading … Don’t miss it!” — Philadelphia Inquirer

This could be some species of young, maybe female beaked whale? No teeth, at least in evidence, & usually beaked whales are IDed from teeth position particularly in the males. @StaceyEleanorG

Can anyone identify?
Miles from the sea, but close enough i suppose to wee pockets of water on Ribble Estuary.#Winterwatch